After losing his father, Dr. Harold B. Furman, to ALS in 1994, Brett had a full understanding of the difficulties and struggles of ALS patients and their families. Brett created the Harold B. Furman Memorial Research Fund in his father’s memory in an effort to make a difference to future fighters of the disease. He has held countless events to raise funds for donation, successfully collecting and donating tens of thousands of dollars to the ALS Hope Foundation, where all proceeds go towards research on ALS. Donations to the Harold B. Furman Memorial Fund for the ALS Hope Foundation are welcomed and very much appreciated.

Harold B. Furman was born in Wynnefield, Pennsylvania on April 29, 1924. He graduated from St. Joseph’s University and Thomas Jefferson Medical School. After completing his internship at the Albert Einstein Medical Center and his pediatric residency at Philadelphia General Hospital, he served on the medical staff at Bryn Mawr, Sacred Heart, and Montgomery Hospitals. He was husband to schoolteacher Flora, and proud father to Scott, Brett, and their sister Pamela.

Harold’s successful career as a pediatrician and his love of children later lead him to become the Tredyffrin-Easttown School Doctor. This position allowed him to offer hundreds of young people the guidance, generosity, and kindness that were his trademarks.

In the early 1990’s Harold was diagnosed with ALS. He passed away in June of 1994. Harold is survived by three children and seven grandchildren, who  continue to be guided by the spirit and determination he showed throughout his life. Harold is remembered as a warm, caring, and dedicated individual with tremendous courage who inspired friends, family, colleagues, and patients alike.

Founded in 1999 by Terry Heiman-Patterson, MD, and Jeffrey Deitch, PhD, the ALS Hope Foundation provides funding for the MDA/ALS Center of Hope, the first multidisciplinary ALS clinic in the country, and the Neuromuscular Research Laboratory at Drexel University College of Medicine. The Foundation also provides educational events to inform PALS and the public about ALS research. The ALS Hope Foundation funds local and international efforts to find the cause and cure of ALS. The much needed support is generated through fundraisers and private donations.

At the ALS Hope Foundation and MDA/ALS Center of Hope, basic and clinical research are key tactics in the battle against ALS, always pursuing innovative and collaborative projects in support the work of the Neuromuscular Research Lab at Drexel University College of Medicine. There, projects are led by Dr. Terry Heiman-Patterson with the support of technician, Laura, and students from the university.

In their 15th year of serving the ALS community, committed to continuing their work until there is a cure. 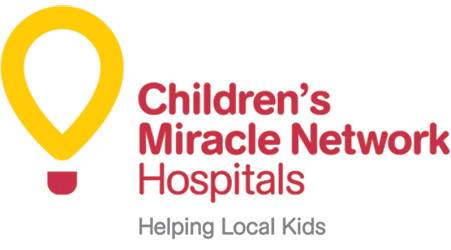 Vision: Together we save kids’ lives.

Since 1983, Children’s Miracle Network Hospitals has raised more than $5 billion—most of it $1 at a time—for 170 children’s hospitals across the United States and Canada, which, in turn, use the money where it’s needed the most. These donations have gone to support research and training, purchase equipment, and pay for uncompensated care, all to save and improve the lives of as many children as possible. 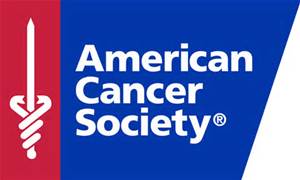 For over 100 years, the American Cancer Society (ACS) has worked relentlessly to save lives and create a world with less cancer. Together with millions of supporters worldwide, ACS helps people stay well and get well, find cures, and fight back against cancer. The American Cancer Society is a nationwide, community-based voluntary health organization dedicated to eliminating cancer. Headquartered in Atlanta, Georgia, the ACS has regional and local offices throughout the country that support 11 geographical divisions and ensure a presence in every community.

The Society relies on the strength of approximately 2.5 million dedicated volunteers. Supported by professional staff, Society volunteers raise funds to support crucial research, provide cancer patients rides to and from treatments, and give one-on-one support to those facing a cancer diagnosis – and that’s just the beginning.

Thanks in part to ACS contributions, more than 1.5 million lives have been saved in the US in the past two decades. ACS is also saving lives from cancer around the globe, partnering with individuals and organizations to fight cancer on a global scale.

The American Cancer Society is there every minute of every day and night to offer free information, programs, services, and community referrals to patients, survivors, and caregivers through every step of a cancer experience – so they can focus on getting well. Learn more about their community programs and services and Cancer Information Services, including the National Cancer Information Center available 24 hours a day, 7 days a week, at 1-800-227-2345 and through their website.